The Surrey with a Fringe on Top 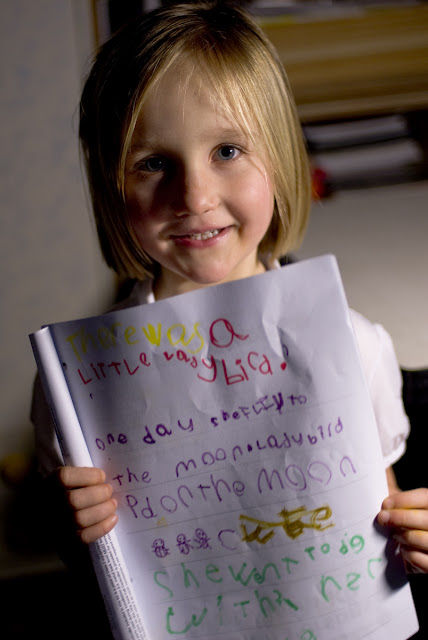 Taken a few days ago, but probably I chose a different picture at the time. Interesting enough for the writing that Miranda's done, but the real reason is that you won't see too many more pictures of her with the Olde English Sheepdog look..

Miranda has taken to it with a pair of scissors, and now has a fringe! CJ is less than pleased, as you can probably imagine....


One day she fly to the moon. Ladybird played on the moon. She went to dig with her friends.
Posted by jonboy at 11:01 pm