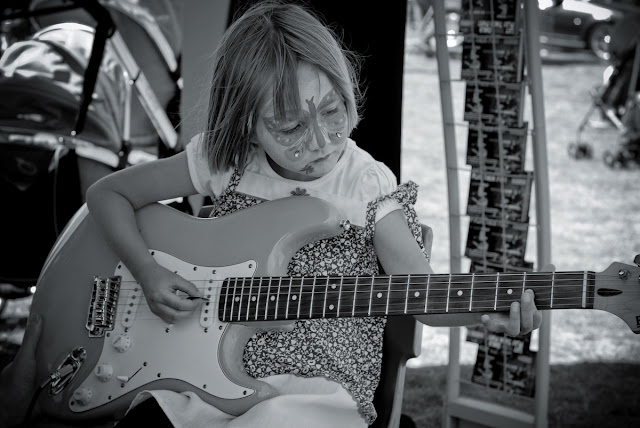 I'm listening to BB King at Glastonbury on Radio 6, and just by chance I find this picture languishing inside a folder of images shot a few weeks ago at Waterside School. With her painted face and rock chick attitude she could easily pass for one of the Fleetwood Mac girls! Maybe I'll reprocess this one and tone down some of the distracting stuff in the background.

When we are out on our bikes on Saturday morning we often stop and look at this house on the Beaulieu River. Did a little research and as always there's a fair bit of interesting history. It was designed and built by an architect called Seymour Harris as his own home, and has since been refurbished by it's current owner Mike Browne - a paraplegic sportsman, who has a catamaran that he can sail singlehanded (around the world)! We actually watched him setting off one day but had no idea who he was at that time.

And this is inspirational
Posted by jonboy at 8:36 pm