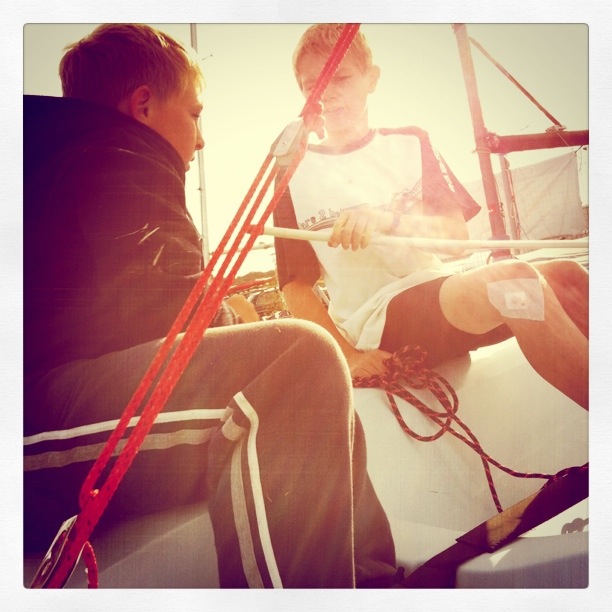 It was blowing at 20 knots last night, gusting at 30 when Lewis and Kyle thought they were going out sailing. I'm sure they would have gone out, but the club had called it off. Instead they had a shake-down practice session without sails, Lewis here doing the helmsman duties!

Today we've been getting our culture quotient visiting the John Hansard Gallery and the Southampton Art Gallery to see the two Warhol shows on in Southampton at the moment. The John Hansard Show focussed on his film and photography works, with a spellbinding line-up of films of various people (Edie Sedgewick, Susan Sontag, Dennis Hopper etc) facing the camera, just looking at the viewer. Years ahead of it's time, and not bettered since for performance.  In Southampton the collection of mainly screenprinted works was also fab, including one room of large black and white canvasses, that spoke so strongly of colour it ws untrue. See it if you can.