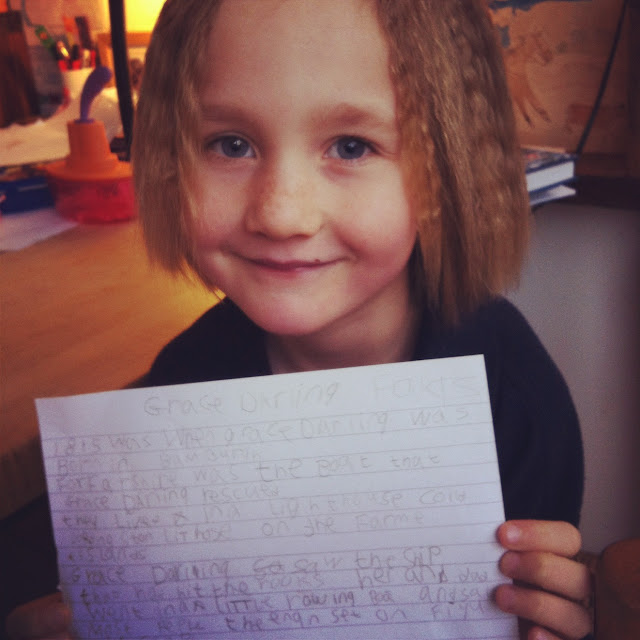 Yesterday morning as I was setting off for London I could hear Lewis being unusually helpful with Miranda; not that he doesn't normally help her lots, but there was a degree of going way beyond the normal. She had drawn a picture and now he was helping her write some facts for school - it all looked very good but I wasn't paying too much attention in my efforts to get out the door. "What are you up to then guys...?" Turns out that Miranda has been studying Grace Darling in school who's bravery in rescuing stranded sailors from a sinking ship led to the establishment of the RNLI.... He has abundant talent, when it comes to subjects of interest!

Arriving home in the evening at about 8pm Lewis was sitting at the dinner table eating supper. He'd just got in from an all Hampshire rugby tournament in Fordingbridge. Tells me that he was not only captain, but that he was awarded "Man of the Tournament" trumping his man of the match from earlier in the week... Eyebrows raised, forehead furrowed... eckie thump!
Posted by jonboy at 11:05 pm