On the mend, and round the bend. 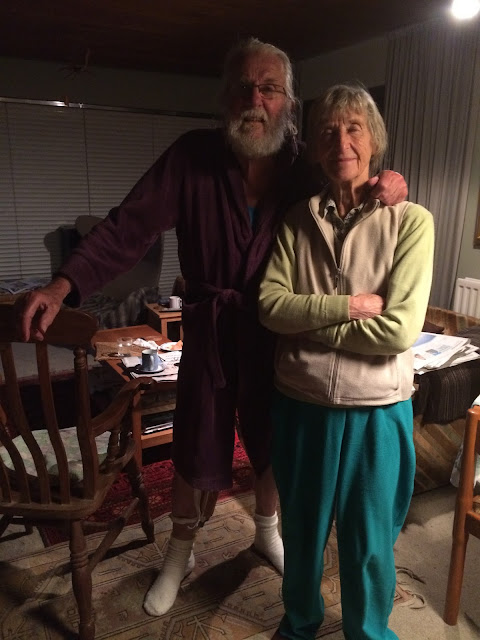 My Mum and Dad earlier this evening, from a photograph taken by my brother Chris. My father has had a short visit to hospital, and tronight he's just back from his 100,000 mile service and cam belt change. At one point he had six doctors stood around him conferring before they signed him off. He says he was honoured to have such great personal attention during his visit, and is ready now for another burst of service.

Plans being made for some new activities, I was told when I spoke to them earlier.
Posted by jonboy at 8:16 pm