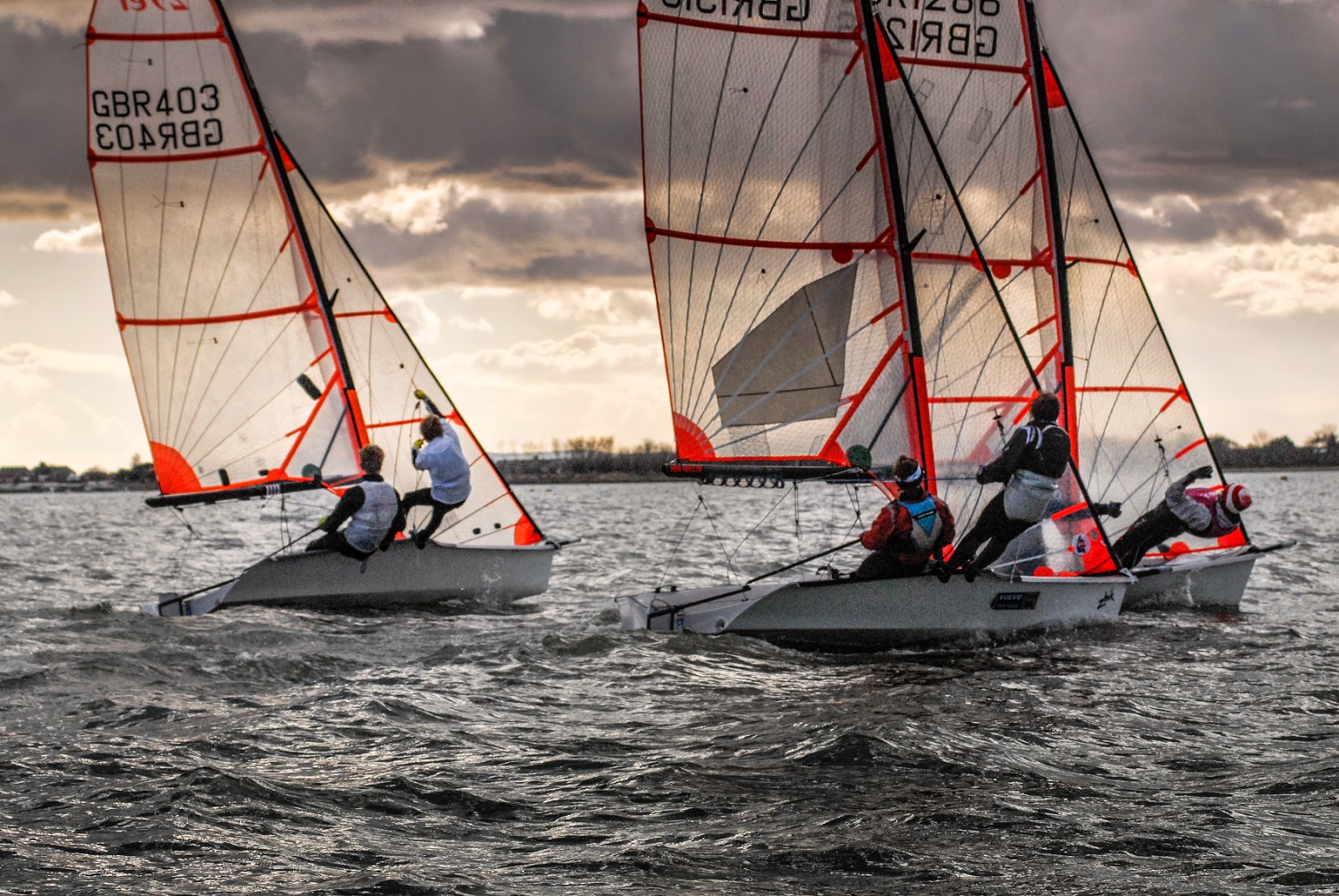 Startline action shot from yesterday, with extra drama provided by the cloudscape which brought hail and chilly winds to Hayling. Six o' clock start and the boys were active until we were writing up notes on the learns form the day at nine o clock in the evening. You can't ask for more than that in terms of commitment can you.

Today the boys have been at LTSC, racing again, but the winds were hideous. They met some squad 29ers from Pwllheli who after doing what we did, had to drive back to the Lleyn peninsula - that is commitment (as Lewi pointed out to me!)
Posted by jonboy at 6:33 pm