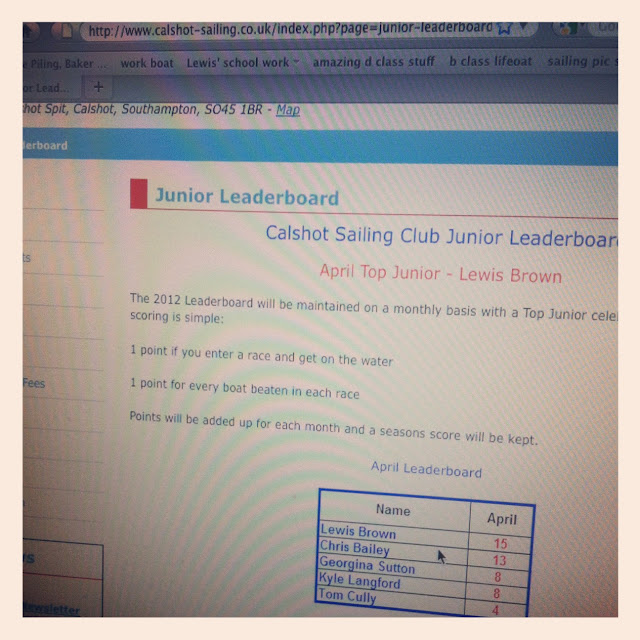 Lewis was rather excited when he logged on to the Calshot Sailing Club website earlier, as he finished top of the Junior leaderboard in April. He's also currently joint highest point scorer in May so far too! This is the first season he's been listed as competitor and he's up against some good sailors...

He's been home from school today with gastroenteritis, and he's been looking and sounding quite peeky. Not his usual self, ...not until he saw the above anyhow!
Posted by jonboy at 10:35 pm