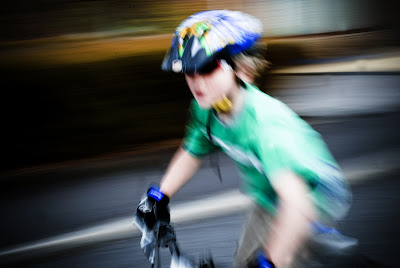 You say black I say white
You say bark I say bite
You say shark I say hey man
Jaws was never my scene
And I don't like Star Wars..."

Miranda and I had cross words a few times at lunchtime last week as she wasn't very playful at lunchtime - today however it was a different story and she was mad keen to go outside and ride her bike. Only problem was the rain falling steadily! So we had to play duplo train track instead.

By some coincidence Greg has been reading Star Wars this week, although its a cyber comic version, which doesn't resemble the version I had in mind. He,s enjoying though.

The house has been very quiet without Lewis; does that mean we are missing him, or that we yearn the silence?